Saddle Tramp in the Highlands

We may then apply our discretion under the user terms to amend or delete comments.


Post moderation is undertaken full-time 9am-6pm on weekdays, and on a part-time basis outwith those hours. Highland lads reveal their secrets. YOU might be forgiven for thinking that, with the laddish and larky football jape A Game Of Two Halves already on the schedule, Scottish Television might be guilty of a certain duplication in running a new series called Scottish Men. What's A Game Of Two Halves, after all, but five more or less ageing lads cracking daft jokes and talking about football, joshing and male-bonding away like crazy without fear of being interrupted by girlies?

And what could be more like Scottish men than. Read the new rules here. Get involved with the news in your community.

Send your stories and photos now. Continue reading. You will hit 'em, you will wreck 'em. Hit 'em, Wreck 'em, Texas Tech! And the Victory Bells will ring out. Each spring, Texas Tech students gather to plant flowers and new trees on campus in an effort to beautify the campus.

The tradition began in when President Knapp dedicated the day. The first Arbor Day was hosted by the Saddle Tramps, students and faculty planted 20, trees. The Carol of Lights is held annually to celebrate the holiday season at the university. The event begins with the Texas Tech University Combined Choirs singing classic holiday songs at the Science Quadrangle and the Saddle Tramps carrying torches to light the way.

This is followed by the lighting ceremony, where students and others witness the illuminating of the over 25, red, white, and orange lights decorating the 13 buildings surrounding Memorial Circle.

The tradition traces its beginnings to when Harold Hinn designed the plan and provided the funding to cover the Science Quadrangle and Administration building with lights. However, students were away on Christmas break and did not see the display. The Carol of Lights is now one of Texas Tech's favorite traditions. Texas Tech homecoming is held each fall. It began in at a game where the football lost, 20—6, to Hardin—Simmons. During the annual celebration, Tech-exes and fans join with students for a bonfire, built by the Saddle Tramps, and pep rally, parade, open houses, awards programs, and float competitions.

A highlight of the event is election of a queen, the first being Suzanne Matteson in RaiderGate is an officially sanctioned student tailgating event that takes place on campus and begins four hours before each home football game. A typical event draws nearly 10, students. Live music acts play on stage as students and guests barbecue, socialize, and participate in games hosted by various student organizations.

Since the season, a tradition called "Raider Walk" gives Red Raider fans the chance to greet the football team as the team arrives at the stadium prior to the game. For the football season, Head Coach, Kliff Kingsbury discontinued the raider walk. Founded in , it is the oldest student organization on campus. During that year, while Texas Tech was very young and establishing its identity, a group of students Arch Lamb, Paul "Grandma" Bowers and Bud Thompson observed that the school spirit was being channeled in the wrong direction.

The student body was overly exuberant and unorganized. Lamb conceived the idea of an organization that would lead this enthusiastic spirit into constructive channels. It was decided that Saddle Tramps should be a non-political organization dedicated to the improvement and advancement of Texas Tech as well as service and leadership to the university and student body.

Early Texas ranchers would hire a "saddle tramp" on the basis of his ability and willingness to tackle any task assigned to him. He would move on after some time, having done all he could to contribute to the improvement of the ranch. It was from this idea that Lamb named the group as he did. The first men selected were the top ones in each college of the university. Each of these men chose others who he thought would make the best members.

The projects of Saddle Tramps have included such things as rallying freshmen at athletic events, supervising the planting of 20, trees on campus in and raising money to buy the first forty band uniforms. They played a major role in obtaining the fountain and seal, which is located at the Broadway Street entrance to campus. The statue is also wrapped in black crepe paper to mourn national tragedies. The victory bells are rang by the Saddle Tramps for thirty minutes after every home football, men's basketball, and baseball win; whenever a Tech team wins a Big 12 championship; whenever a Tech athlete is selected as an All-American; and after every Tech graduation.


Saddle Tramps also construct the Homecoming bonfire and conduct a torchlight parade at the beginning of the bonfire as well as the Carol of Lights. During the tenure, the identity of the person playing Raider Red is unknown to everyone but the Saddle Tramps. Prospective members receive a bid after attending rush week at the beginning of each semester. Membership is limited to actives and pledges. A Saddle Tramp must have an active and working knowledge of Texas Tech, its history, schools and colleges, location of buildings, and staff in order that he be better prepared to answer questions of visitors and of fellow students and also for his own information.

It is also necessary for him to know the history of the Saddle Tramp organization in order to help him better understand the purpose of the organization and his duties as a Saddle Tramp. High Riders is a spirit organization at Texas Tech University. It is dedicated to promoting unity and support for all women's athletics at the school.

The High Riders take part in parades and campus events throughout the year to endorse the Lady Raiders. They also hold the distinction of being the only people, along with the Saddle Tramps, allowed in the bell tower of the Administration Building to ring the Victory bells after each Lady Raider home victory. The organization dates to and traces its roots to Nancy Neill.

After attending a Saddle Tramps meeting, she discovered there had been several failed attempts to organize a women's organization to support Texas Tech's women athletes. She decided that, with better planning, she could create a lasting group to fill the gap. On February 2, , the High Riders were accepted as an official campus organization. They began work immediately and, the following fall, 75 undergraduates attended rush parties.

Twenty-five were chosen to be members of the first pledge class. They pledged through January and were initiated on February 4. When the organization first began, the High Riders had no direct funds from the university. They had to support themselves by way of bake sales, selling dorm room carpet, and selling programs at Lady Raiders sporting events. In time, the High Riders expanded and played an even greater role by helping the Lady Raiders with airport transportation, game management, and giving recruits campus tours. The most readily identified symbol of Texas Tech is the Double T logo.

The logo, generally attributed to Texas Tech's first football coach, E. Freeland , was first used as decoration on the sweaters for the football players. The new logo maintains the original promise but incorporates three-dimensional bevelling effects coupled with white trim. Per tradition, freshmen are not allowed to sit on the bench, which is currently located in the courtyard of the Administration Building. At the time of its purchase, this was reputedly the largest neon sign in existence.

Designed by the campus master planner, and helped fund raised by the Saddle Tramps William Ward Watkin in , the Texas Tech seal was officially approved in It actually first appeared on Tech diplomas in The seal's symbols are the lamp, which represents "school," the key for "home," the book for "church," and the star stands for "state.

On April 27, , the seal was placed at the Broadway and University entrance to campus in what became known as the Amon G. Carter Plaza. It is made of red granite and stands 12 feet high. Saddle Tramps carry Bangin Bertha, a bell on a trailer, to all home football games and homecoming events. Bangin' Bertha is considered a spirit-raiser and a big tradition at Texas Tech. Failure to comply will result in a yard penalty. The hand sign of Texas Tech is the "Guns Up".

It is made by extending the index finger outward while extending the thumb upward and tucking in the middle, little and fourth fingers to form a gun to signify that the Red Raiders will shoot down their opponents. It acts as both a greeting and a sign of victory used by fans and players at athletic events. The sign was created in by Texas Tech alumnus L. Glenn Dippel, who was living in Austin and wanted an answer to the Hook 'em Horns sign used by University of Texas fans.

While the class ring had occasionally used a universal design, by the late 20th century various styles were available. In , the university reverted to a single ring design for the university's graduates. By tradition, undergraduates wear the ring with the Double T logo facing themselves. 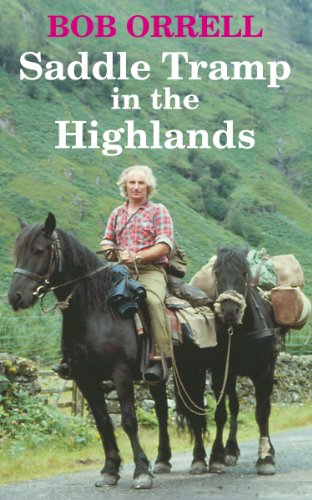 Saddle Tramp in the Highlands 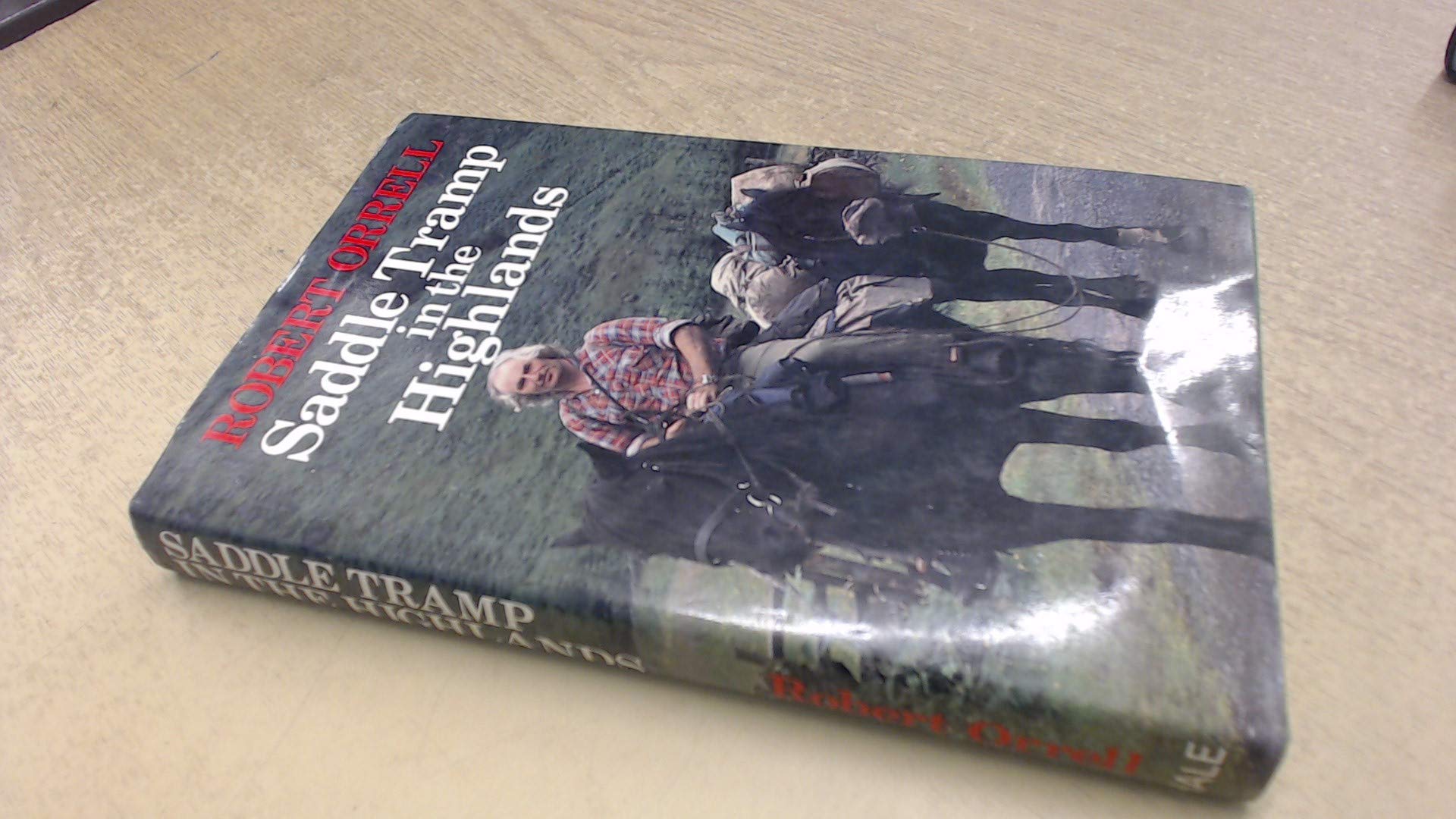 Related Saddle Tramp in the Highlands